I received a copy of Meagan Lucas’ Songbirds and Stray Dogs for review purposes. As always, this review reflects only my honest thoughts on the book. 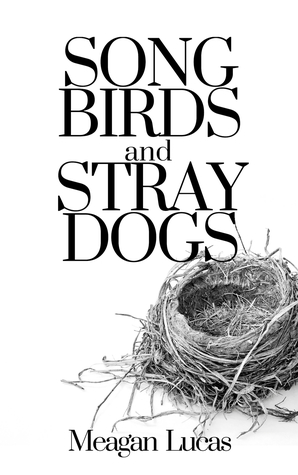 In Songbirds and Stray Dogs, Jolene has been abandoned by her addict mother on the steps of her spinster aunt’s door at eight years old. She’s spent the last thirteen years living in the shadow of the pain her mother caused and trying to prove herself worthy of her aunt’s stingy love. Unintentionally she becomes pregnant. When the father refuses her and her aunt kicks her out, Jolene tries to outrun her shame by heading to the mountains. Homeless, penniless, alone, and chased by demons from her past, she makes friends who help and hinder. She is forced to confront exactly who she is, what she wants, and what she is willing to do to get it.

Geography and a sense of place are central to Songbirds and Stray Dogs. It is a Southern story, born of sweet tea and the Bible Belt, chow-chow and cornbread, shot guns and porch rocking. But it is also a universal story of escaping the burden of your past and finding yourself at home in a strange land.

When I received a galley of Meagan Lucas’ Songbirds and Stray Dogs, I didn’t know much about what I was getting myself into. I’d read (and enjoyed!) a bit of Meagan’s work previously, and knew her from her work with Barren Magazine. With that limited context, I was pretty confident I’d enjoy her debut novel; by no means did I suspect the intense emotions that came with it.

Songbirds and Stray Dogs follows Jolene, a 21-year-old newly pregnant woman whose life has come crashing down around it, and with it, any semblance of an innocent childhood she had left. Her mother, an addict, left her with her Aunt Rachel as a young girl and forced her to grow up quickly as she strove to impress her aunt and avoid following in her mother’s footsteps. And yet . . . .

I was initially a bit taken aback by the first chapter in Chuck’s point of view, that of a male character in what had focused thus far on a distinct womanly perspective through Jolene and her life with Aunt Rachel and the baby growing inside of her. But as he interacted with his nephew, Cash, I found myself just as deeply invested in his story as I was Jolene’s.

That is by far one of this book‘s best qualities: its characters. Those you’re meant to care about are wonderfully brought to life.While antagonists are vivid, they’re never given the allusion of being worth that same level of personal investment on the part of the reader. They don’t come across as flat, black-and-white “bad guys;” rather, the negativity surrounding them firmly cements the reader in Jolene and Chuck’s mindsets–on their side, so to speak–without breaking the third-person narration.

Similarly, the book left me wanting more on not only its primary cast, but about those who surround them. As I closed the book, I realised just how badly I wanted-no, needed-backstory, sequels, anything I could get my hands on to experience a little more of these amazing characters

In everything I’ve seen about this book so far, the importance of setting has been mentioned, and for good reason. I’ve spent painfully little time in the American South firsthand, but I’ve been close enough to Southern friends and the Mason-Dixon line to get a solid appreciation for sweet tea. And from what I do know, I can tell you that Meagan Lucas absolutely nails it in this novel. I read Songbirds and Stray Dogs with my mind in an instinctual drawl (fun fact: I actually picked up a hint of one during a job in college!).

I truly cannot recommend this book enough, and I’ve already insisted my mom read it as soon as possible so I can discuss it with someone besides this review. I won’t give away any spoilers, but the ending? Do yourself a favour and pick up a copy to enjoy Songbirds and Stray Dogs for yourself. 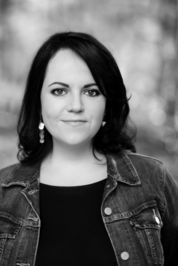 Meagan Lucas is originally from St. Joseph Island, Ontario, but now lives in the mountains of Western North Carolina with her husband and two children. She teaches English Composition at Asheville-Buncombe Technical Community College, and is the Fiction Editor at Barren Magazine. For fun: she haunts bookstores, walks beaches, murders houseplants slowly, and reads.

Meagan’s recent short fiction appears in: The Santa Fe Writer’s Project, The New Southern Fugitives, Still: The Journal, and The Blue Mountain Review. She won the 2017 Scythe Prize for fiction and has been nominated for the Pushcart Prize. Songbirds and Stray Dogs is her first novel.