I received a copy of Charlotte Brentwood’s Gloved Heart for review purposes. As always, this review reflects only my honest thoughts on the book. 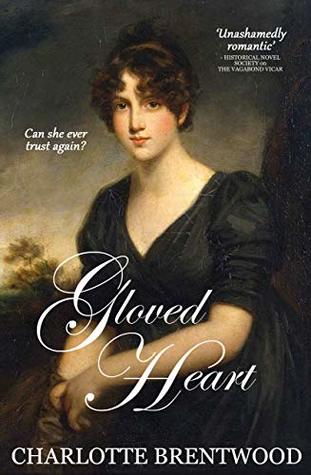 Amy Miller is struggling to come to terms with her new life as a mother, while being a reluctant guest in a rigid gentry household. A victim of abuse, she is determined to never trust a man again.

Henry Russell has loved Amy for as long as he can remember, but his family want nothing to do with her. A chance encounter with Amy rekindles a friendship which might save both of them.

The discovery of a secret which holds the key to Amy’s past will change them both forever, and jeopardise any chance they have for happiness. Can Henry show Amy that true love will give her everything she could ever need?

When Charlotte contacted me about reviewing Gloved Heart, I was excited to both read (and “meet!”) a new author and explore a new series.  Gloved Heart is the second book in the Hearts of Amberley series, but reads quite well as a standalone novel.

Early on, I was drawn into Amy’s story—I wanted nothing more than to protect both her and Benjamin from any and all harm.  And, of course, Henry Russell re-enters her life to do just that.

My heart broke for Amy and Henry as the story progressed—they could be so happy together, clearly, but Amy’s tragic past haunts her and cautions her against becoming close to another man.  By extension, the mark it’s left on Amy haunts Henry in its own way.  While he certainly can’t begin to imagine the depths of what she’s gone through, his love for her deepens his empathy—it pains him to consider just how much hurt she’s had to contend with, as well as how it’s now affecting him through their relationship.

The sub-plot involving Amy’s birth mother was almost as enticing as the primary story of Gloved Heart. As she interacted with the Fortescues, I longed for Amy to find balance in the household and regain some semblance of the familial happiness she’d lost long before we, as readers, came to Amberley.

The only aspect of this novel that rubbed me the wrong way was Barrington—of course, his character is meant to be unlikeable, so, to some extent, that’s an expectation. But what I think bothered me more was (spoiler alert) his regret towards the novel’s end seemed comparatively unrealistic.  I’d spent the novel despising the man (and quite understandably, I’d say, given what we see of his character), so for him to be apologetic immediately struck me as wrong.

That being said, book three of this series, Barrington Meets His Match, is forthcoming—as much as I despised the character while reading him from Amy’s post-tragedy point of view, there’s certainly potential for a reader’s feelings to shift given his perspective of himself, arrogant or not.

As a whole, I truly enjoyed this book, and its sweet, touching moments (of which there are many) easily outshone the darkness of Amy’s past as it leaks into her current situation.  Just as Amy strives to uncover happiness despite it all, the reader is able to cherish sweet moments—between Amy and Benjamin, Amy and Benjamin, Benjamin and his sister, and even Amy and her guardians—to find a truly lovely novel. 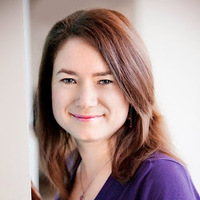 Charlotte developed serious crushes on a series of men from age fifteen: Darcy, Knightley, Wentworth and Brandon. A bookworm and scribbler for as long as she can remember, Charlotte always dreamed of sharing her stories with the world.

Earning a degree in communication studies, she was seduced by the emerging digital world and has since worked with the internet and in marketing. She lives with her husband in beautiful Auckland, New Zealand.

Now mother to an adorable human tornado, Charlotte is trying to find the time for reading, seaside walks, warbling at the piano and quaffing far too many hot chocolates.