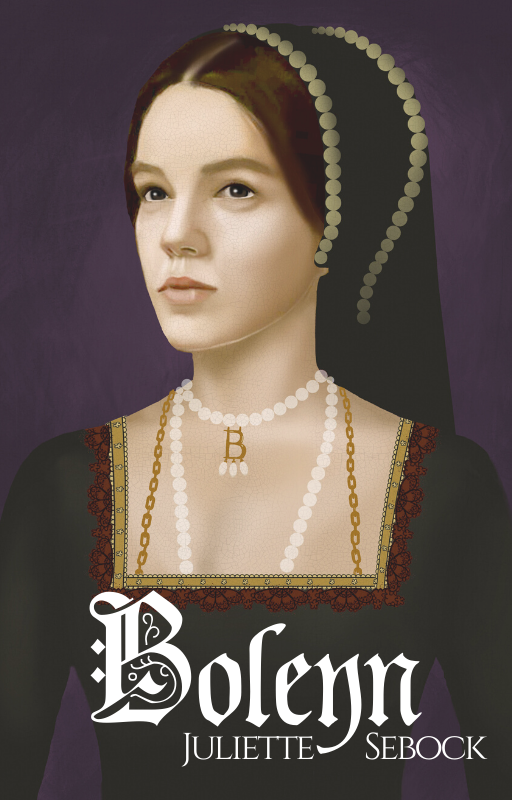 “…the chapbook that finally gives Anne Boleyn the voice and justice she deserves.”

For centuries, Anne Boleyn has been disparaged despite the strength she displayed in a patriarchal society. Juliette Sebock weaves primary sources into her manuscript to follow the relationship between Henry VIII and Anne – their courtship, turbulent marriage, and her heartbreaking execution.

Boleyn is the chapbook that finally gives Anne Boleyn the voice and justice she deserves.

“Lost,” was shared on Instagram by Marias at Sampaguitas.

“Three Years a Queen (Reflections on a Reign)” appeared on A Tudor Writing Circle.

“Boleyn begins with the hope of ‘poetic justice for Anne the queene’ and as it moves us through her journey – as a woman, wife, mother, and not least of all, a political force in her own right – it achieves its aims beautifully. These poems deliver what good historical fiction should: by giving voice to her own perspective and considering her emotions, they enable us to see Anne Boleyn as a real human being deserving of our empathy and understanding; as an intelligent, capable woman at the centre of her own story, rather than a side character in the life of Henry VIII.”

“Juliette Sebock’s Boleyn transcends the history and fiction surrounding one of the most famous women in the Tudor dynasty. In these poems, Anne Boleyn comes back to life, full of dreams, desires, and calculations, to tell her side of things. Sebock honors the queen by mixing fact with first-person perspective, reflecting the danger of being a woman trapped in the king’s lustful gaze. This is the feminist retelling of Anne Boleyn’s rise and fall we’ve been waiting for.”

—Christina Rosso, Author of She is a Beast

“In Boleyn, Juliette Sebock took me on a journey through not only the events in Anne Boleyn’s storied life but her mind and heart as well. Her sparse verse evoked not the conniving harpy or hapless victim written into history books but a flesh-and-blood woman as complex and nuanced as I am. Anne’s playfulness emerged alongside a steely determination in Noli me tangere, while Lost elicited a despondency that resonated deeply. Especially poignant was My Love, which introduced me to Anne at a moment of transition between a vivacious girl and the wiser—yet, no less passionate—woman I recognized from history. Sebock’s beautiful storytelling added emotional depth to Anne’s life and gave me a new appreciation for an oft-told story of triumph and tragedy. I’m already looking forward to Sebock’s next collection!”